Congratulations to Jonathan from Senior Infants whose art work interpreting the WB Yeats Poem “The Stolen Child” was chosen to be published in the book “The Magic Within”, a collection of pictures and poems celebrating the 150th birthday of WB Yeats.

The “Yeats Among Schoolchildren” competition, supported by Yeats2015, The Department of Education & Skills and The Association of Teachers’ Education Centres in Ireland (ATECI), invited children to draw, paint or write a poem based on one of W.B. Yeats’ poems. The aim of the competition was to honour the legacy of Ireland’s National Poet by raising awareness among primary school children about the works of Yeats and their cultural and historical importance.

Over 100,000 primary school children from across the country took part in this competition with only 85 entries, including Jonathan’s, making it to the final stage.

Jonathan and his family were invited to attend the official launch of the book in the Clarion Hotel Sligo on Friday the 12th June. 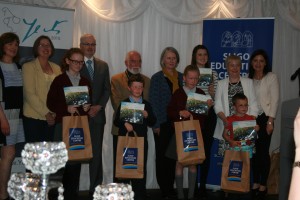 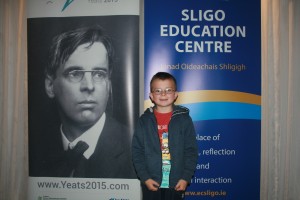